Patagonia's extreme climate shapes not only its glaciers, but also the character of its women.

Amalia is the only glacier in the Chilean Patagonia´s Southern Ice Fields, that is named after a woman. Amalia is a "receding" glacier; each year its extension is reduced due to the changes that occur in terms of climate and luminosity. It is this very climate that has also molded and altered the character of the women who live in the Magallanes region. By making their voices heard, they construct a plot which retraces their history in these isolated landscapes. Moreover, while we see these pieces of life being depicted, in front of our eyes, Amalia is melting. This short documentary, directed by actress Fernanda Águila and premiered in October 2021 at the Festival de Teatro Sala de Parto (Peru), is part of the Stage Direction Program 2020-2022, organized by Goethe Institut and Fundación Teatro a Mil. 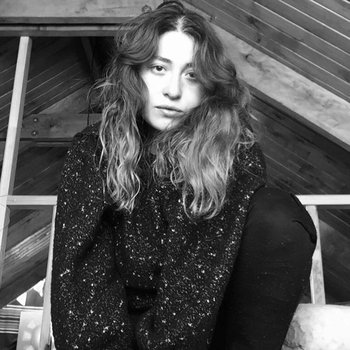 Performing Arts From the End of the World

Fernanda is an actress, director and teacher, with a mention in Aesthetics and Philosophy. In 2017 she began her work as assistant director and researcher for the theater company A Contraluz, in Punta Arenas, Chile, to later direct the collective DRAMAUSTRAL. In 2019 she directed Fragmentos del Estrecho. This project was the reason why she got selected to be part of Residencia Navegable Radicantes: Red de Intermediación Liquenlab, a creative space that navigates through the Strait of Magallanes. She is part of the Stage Direction Program organized by the Goethe Institut and Fundación Santiago a Mil 2020-2022.