Renowned German director Thomas Ostermeier brings to the stage a Richard III who is more seductive than ever.

Brother of Kind Edward IV of England, Richard is a man who hates the world and does not hesitate to use people to achieve his own ends. His physical deformity does not make him any less ambitious: he wants to be king at whatever cost, getting rid of the obstacles in his way however unscrupulously. However, when he does eventually achieve his aim, he turns his rage against his real nemesis: himself.

Performed for the first time in 1593, Richard III is one of the first plays by English playwright William Shakespeare, with an iconic uncontrollably amoral main character. This version by renowned German director Thomas Ostermeier was performed by the Berlin Schaubühne and recorded during the Festival d’Avignon in 2015. Richard III, impressively played by Lars Eidinger, is a seductive villain, both fascinating and irresistible and the performance includes live music, puppets and a special audiovisual component for television. 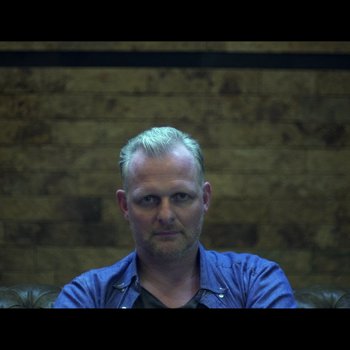 Theater as a catharsis

This German actor and theater director (1968) has been the artistic director of the renowned Berlin Schaubühne since 1999, putting on more than 80 classic, modern and contemporary plays from a realistic point of view. “Theater doesn’t exist to educate, for us to learn from it or to make us better people. It exists so we can experiment with everything we’d like to do but can’t because the boundaries of civilization don’t let us”, he has said. He has been at Santiago a Mil twice before, with Hamlet (2011) and Un enemigo del pueblo and El matrimonio de María Braun (2017).

This English playwright and poet (1564-1616) is undisputedly the world’s greatest creator of literature and theater and an expert at conveying his characters’ feelings, such as pain, betrayal, love and jealousy. This is why his plays - such as Hamlet, Rey Lear, Othello, Romeo and Juliet and A Midsummer Night’s Dream - are still as popular as ever and are read and performed worldwide.

“Lars Eidinger is a mesmerizing Richard (…) an outsider who seizes center stage with relish”.

“Ostermeier, a reigning classics-bender of German theater, sets his Richard III in the land of Id. It’s a place where the social rules that keep our uglier impulses in check have been suspended”.

“This theater is both brilliantly intelligent and totally accessible, enjoyable and part of a modernity that is in no way cosmetic”

Why go and see Richard III?

–This version of Shakespeare’s play from 2015 has been performed at some of the world’s main theater festivals. It was unanimously acclaimed by critics worldwide, who particularly highlighted the performance of actor Lars Eidinger as Richard III. “In the title role, the astonishing Lars Eidinger is a bogeyman guaranteed to haunt your nightmares for weeks to come”, wrote The New York Times.

–Ostermeier portrays Richard III in a different light, stripping him of the traits of someone evil and despicable and turning him into seductive strategist. “The director does not envisage the character as the classic crazy tyrant but as a Machiavellian but also enchanting man. ‘To me, more than someone who is crazy, he’s a nihilist’, says the director, who describes him as a cross between Notre Dame and Marilyn Manson”, says an article published in the El País newspaper in Spain.

–This acclaimed version includes puppets, punk guitars, rap and an Afrobeat drum played live, as well as plenty of cameras to convey the energy of the theater to those who are watching the performance on television.

The Berlin Schaubühne: This is one of the most important theaters in Germany, with renowned directors from the local and international stage putting on plays that are mainly political or social. Founded in 1962, it set up its own company in 1970, working with outstanding performers such as Bruno Ganz and Otto Sander. It has been directed by Thomas Ostermeier since 1999 and premieres at least ten productions every year. The company, for its part, puts on more than a hundred performances annually on some of the world’s main stages, making it the German theater with the most international presence.

–Take a look at this mini documentary on Teatroamil.tv, starring Thomas Ostermeier during his visit to Santiago a Mil 2017 with Un enemigo del pueblo. 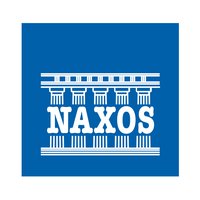