GUILLERMO CALDERÓN ON DRAGÓN: “I went back to the concept of creativity"

Just weeks after Dragón’s premiere, director Guillermo Calderón tells us more about what inspired his latest theater piece and all about what he went through with his play Mateluna, after the Supreme Court confirmed the prison sentence of a former member of the Manuel Rodríguez Patriotic Front.

In December 2018, just before Chile’s Supreme Court confirmed that the former member of the Manuel Rodríguez Patriotic Front (FPMR), Jorge Mateluna, would be sent to prison, Guillermo Calderón finished writing his latest theater play, Dragón. The director says that his script emerged at a difficult time for both him and the group of artists he works with, since they were coming to the end of almost three years of performing and touring Mateluna, a play inspired by the highly-questioned legal process Jorge Mateluna was subject to and which was conceived, from the very beginning, as part of a campaign demanding his freedom.

“We were personally committed to his cause, but also had a political responsibility connected to recognizing injustice. Our play aimed to intervene in the political system”, explained Calderón just before the start of performances of Dragón, a Teatro a Mil Foundation and UC Theater coproduction that is also one of the premieres in the ninth version of the Teatro Hoy Season.

And what happened to you and the group when Jorge Mateluna wasn’t set free?

How did that pain make itself felt during the creation of Dragón?

─ In rehearsals, we talked about Mateluna a lot, both about the play and the process, because we felt a lot of guilt. Guilt about making another play, about not being able to secure his freedom, about knowing he was in prison while we were working on another project. All this has been very painful, because we’ve had to leave it behind, forget about it, betray the cause. So, in some way, Dragón is a response to Mateluna, in the sense that it’s the opposite; I mean, everything we couldn’t do in Mateluna (laugh, talk about other issues, forget about how urgent things were in reality) we were able to do here. There was more freedom, more playfulness and humor. 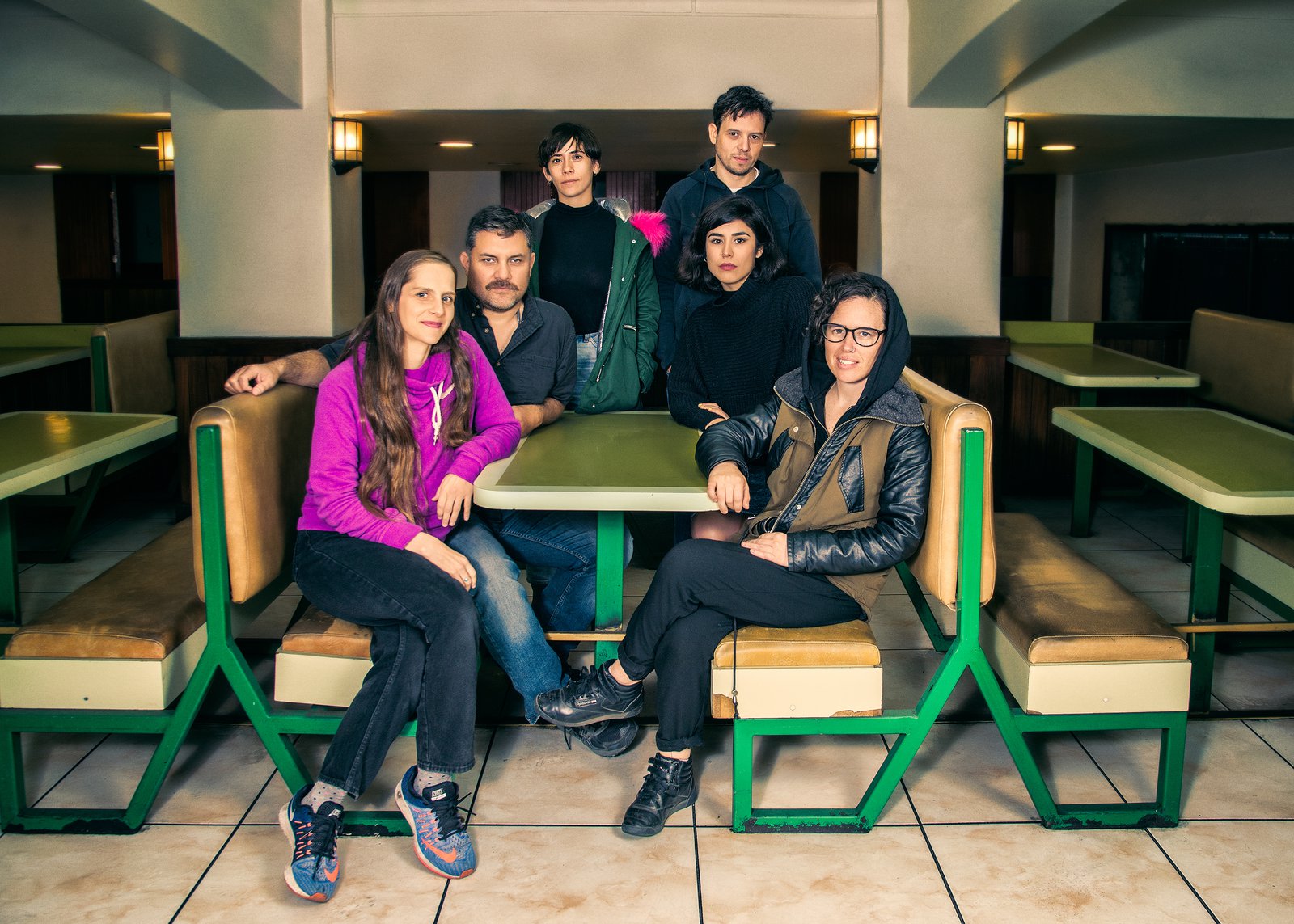 
AN OLD FLAME YOU CAN’T FORGET

A playwright, scriptwriter and director, Guillermo Calderón has been writing and directing theater for more than ten years, bringing plays such as Neva (2006), Diciembre (2008), Clase (2008), Villa Discurso (2011), Escuela (2013) and Mateluna (2016) to the stage to resounding success. For cinema, he has written Violeta se fue a los cielos, El Club, Neruda and, more recently, the feature films Araña by Andrés Wood and Ema by Pablo Larraín, both about to be premiered.

Between cinema and theater, Calderón confesses his need to always come back to the latter. “I like theater venues and what happens when you shut the door and people are seated, in silence. I’m drawn to that kind of space and the idea of constructing community. It’s like a strange kind of spiritual experience, an age-old tradition that you have to fight to maintain, like an old flame you don’t want to forget”.

You were writing the scripts for Araña and Ema when you started thinking about this new project. What inspired you to go back to the theater and start working on this play?

─ I’ve been writing for cinema for a while, but every time I go back to the theater, it’s like I start thinking about it from a cinematic point of view and discover new things. That’s what’s interesting. But, as a group, we also needed to get over our guilt and failure at not securing Jorge Mateluna’s release. So Dragón turned into something that, by simply creating, performing and inventing it, brought us pleasure.

And in this creative search, which plays from your career did you go back to?

─ I went back to Neva, Villa, Goldrausch and also, to a point, the play Escuela. I went back to the concept of creativity, to artists discussing how to create. And to some extent, I also wanted to find a new sense of humor, a renewed sense of comedy. Basically, I went back to the key moments in my career, choosing a path and seeing where it led me.

“I went back to the concept of creativity, to artists discussing how to create. And to some extent, I also wanted to find a new sense of humor, a renewed sense of comedy. Basically, I went back to the key moments in my career, choosing a path and seeing where it led me.” 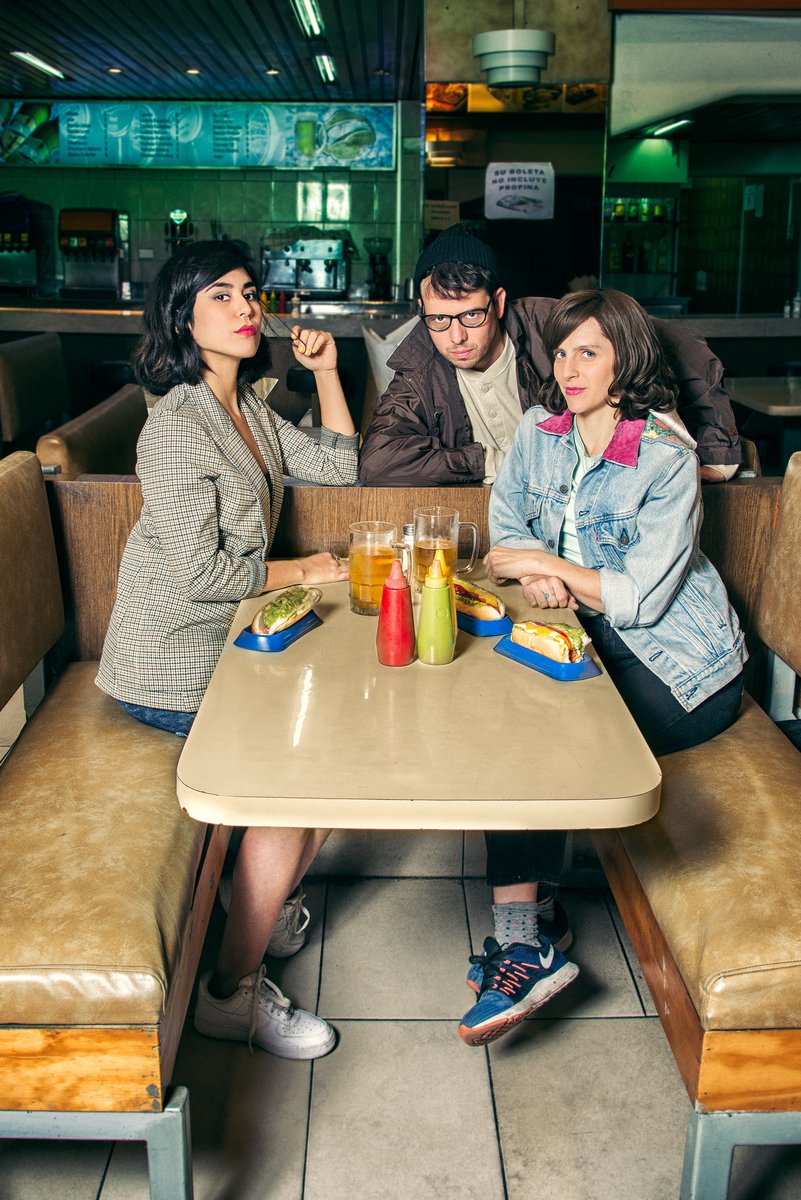 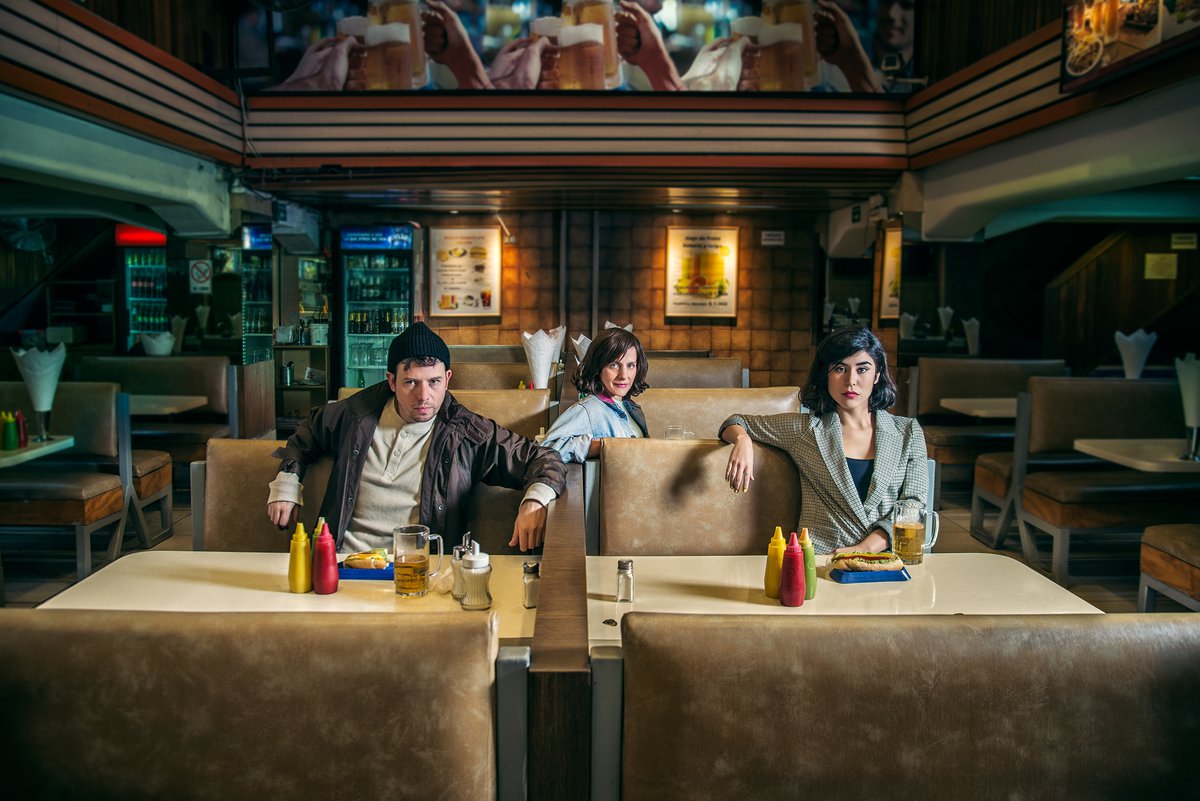 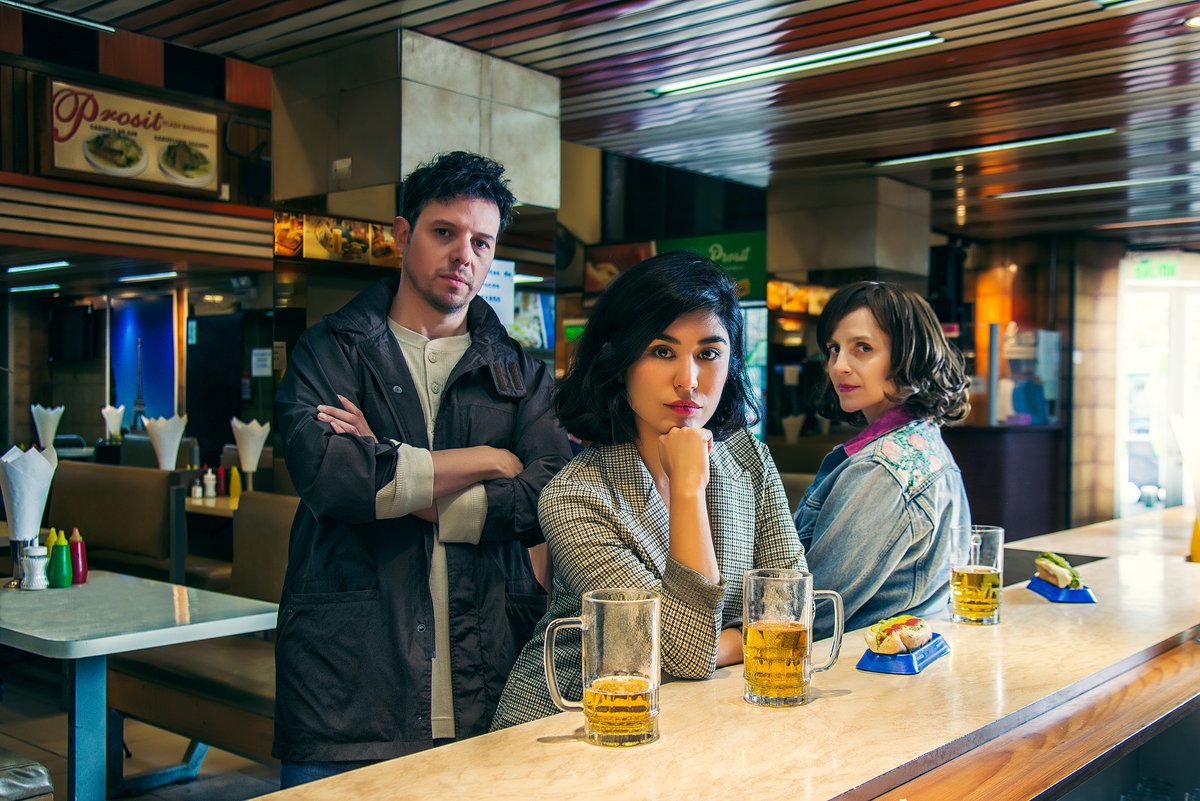 Premiered on June 5 at the UC Theater, Dragón tells the story of a group of artists - played by Luis Cerda, Camila González and Francisca Lewin - who get together every now and then to decide on their next performance. This time though, the topic they’ve chosen is so complex that they end up embroiled in a bitter dispute.

The story’s starting point is immigration, something - as Calderón explains – that is obviously the result of and has become increasingly more urgent given what is going on internationally at the moment and the increase in authoritarian and protofascist governments. “These political processes are definitely a source of inspiration, as is the way Chile is changing as a result of this phenomenon, forcing us to reconsider what it means to be a country that receives immigrants”, adds the director.

You’ve said you’re interested in researching this topic historically and politically. What facts or sources did you use to shape this script?

─ I did academic research. I looked up historical texts that discuss the issue of race but from a theoretical viewpoint, because race doesn’t exist as an idea but as a reality. I looked at how this intertwines with political processes and class, particularly in Latin America.

And as far as what has happened in Chile and the world lately, are there any specific episodes we’ll be able to recognize in the play?

─ I’d say that it’s inspired by Chile and what is going on internationally, by people who come to a country without being able to speak the language or without knowing anything about it, without money or documents. They’re barely surviving, but have to deal with the violence of the society they’re in. In this sense, it’s a terrifying and desperate play because all those things are happening in the world as we speak.

Why did you find it interesting to tackle this topic artistically from a collective point of view?

─ Because groups of artists enjoy a position of absolute privilege. We express ourselves based on ideas, we enjoy privileges and we are always aware and doubting ourselves. So, talking about people who are more vulnerable and exposed is a huge ethical responsibility because, at the same time, we’re asking ourselves how we can talk about them without ‘taking the words out of their mouths’ and without silencing them or replacing their voices. This is a permanent issue in the play.

And how do you resolve this ethical problem?

─ It’s practically impossible, but it’s something that those of us who make art and theater are always asking ourselves. It’s a permanent source of conflict. And we’re always talking about it as a group as well. At the very least, we’re committed to bringing these reflections to the stage, but we don’t necessarily put all of them on display, because I also hope that something happens soon - that there’s so much provocation that it elicits a discussion after the play, outside the theater venue itself.