Previous
«Piriz and Marabolí's productions are known for giving the sound a leading role, using the resource to create a fascinating world, conversing with radio theater»─ Radio Bío Bio

Fin is a cop show using sound: the story of two detectives who try to follow the trail of clues from a Chilean criminal case that occurred in 1985. With many different versions of events and no closure, the detectives try and resolve these strange events by interviewing witnesses, using conjecture, and speculating out loud about the next steps they should take. Props such as reels, magnetic tape, cassettes, speakers, and boom boxes – all technology used at the time – help weave this story and turn it into the investigation’s real witnesses.

This show is the latest work by Trinidad Piriz and Daniel Marabolí, a duo renowned for constructing a unique alliance between words, sound, and visual representations. Recently premiered, this production also invites the audience to get involved and draw their own conclusions from this journey using sound. 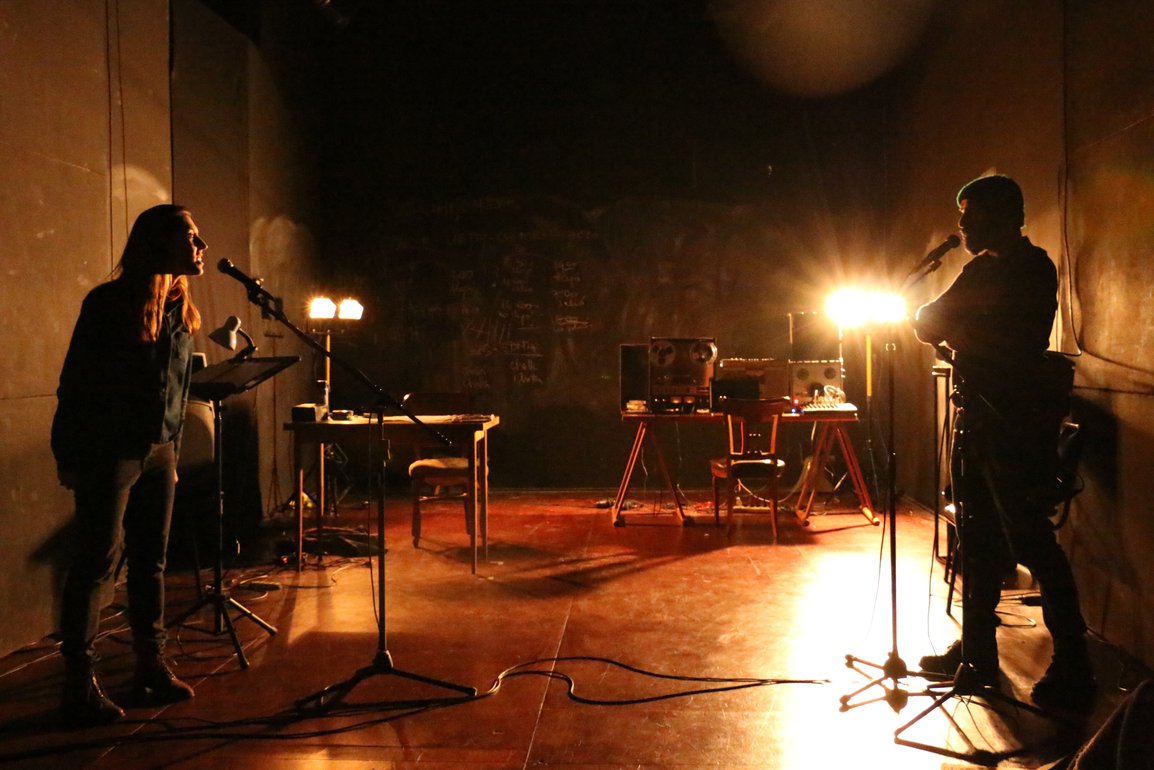 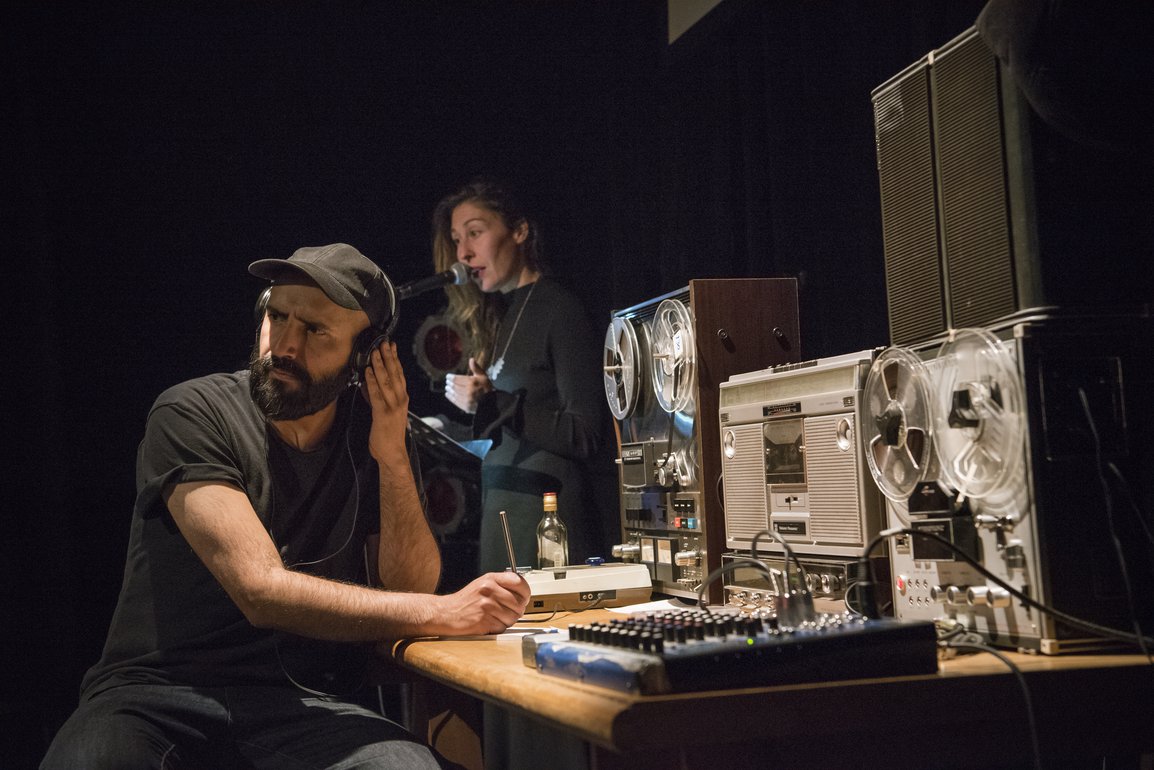 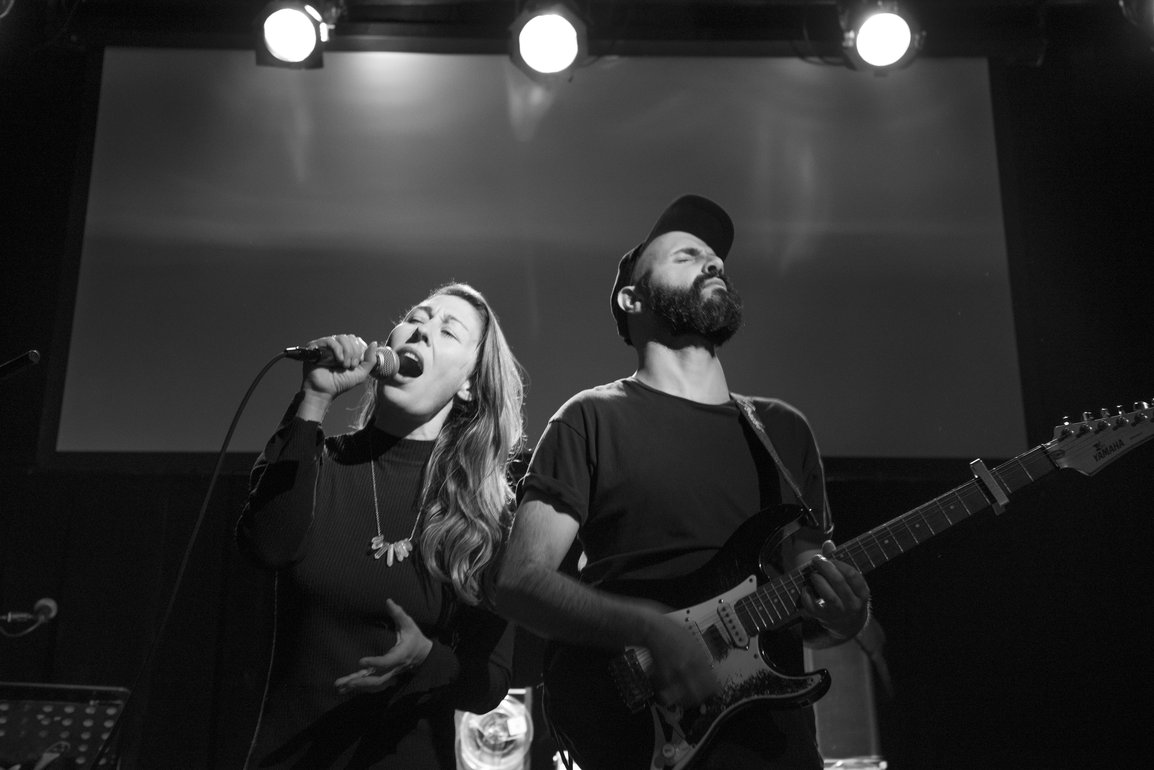 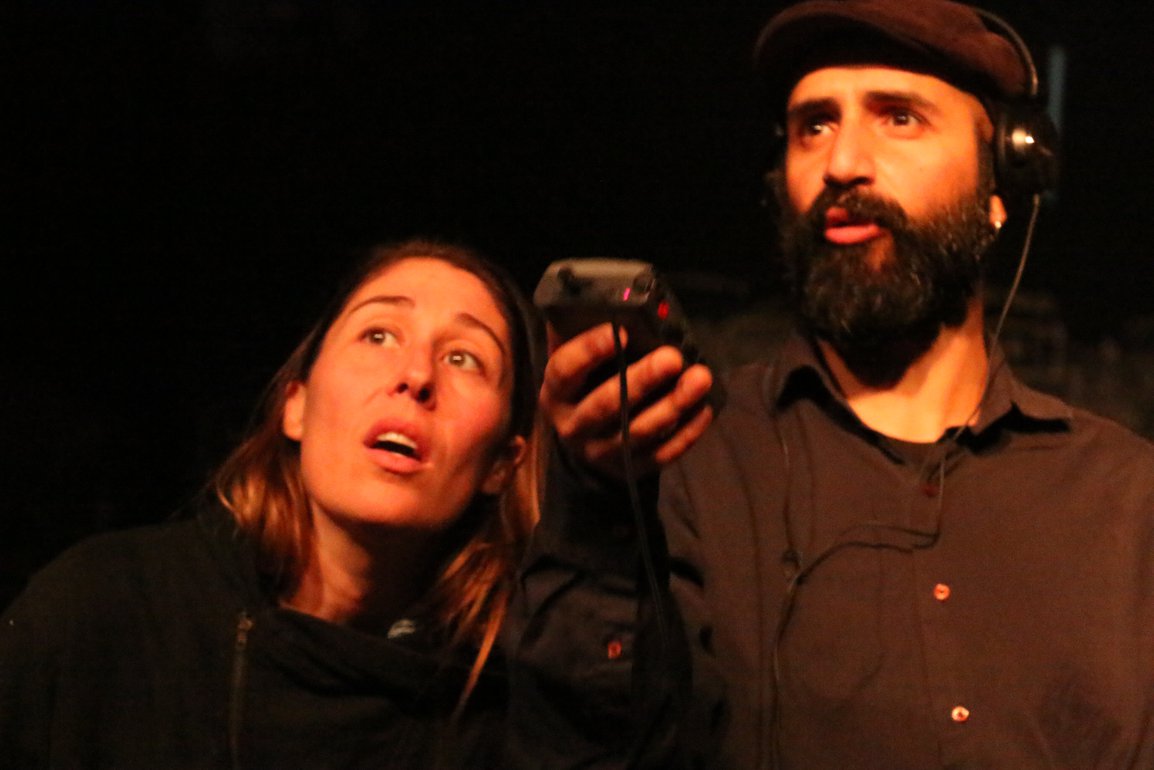 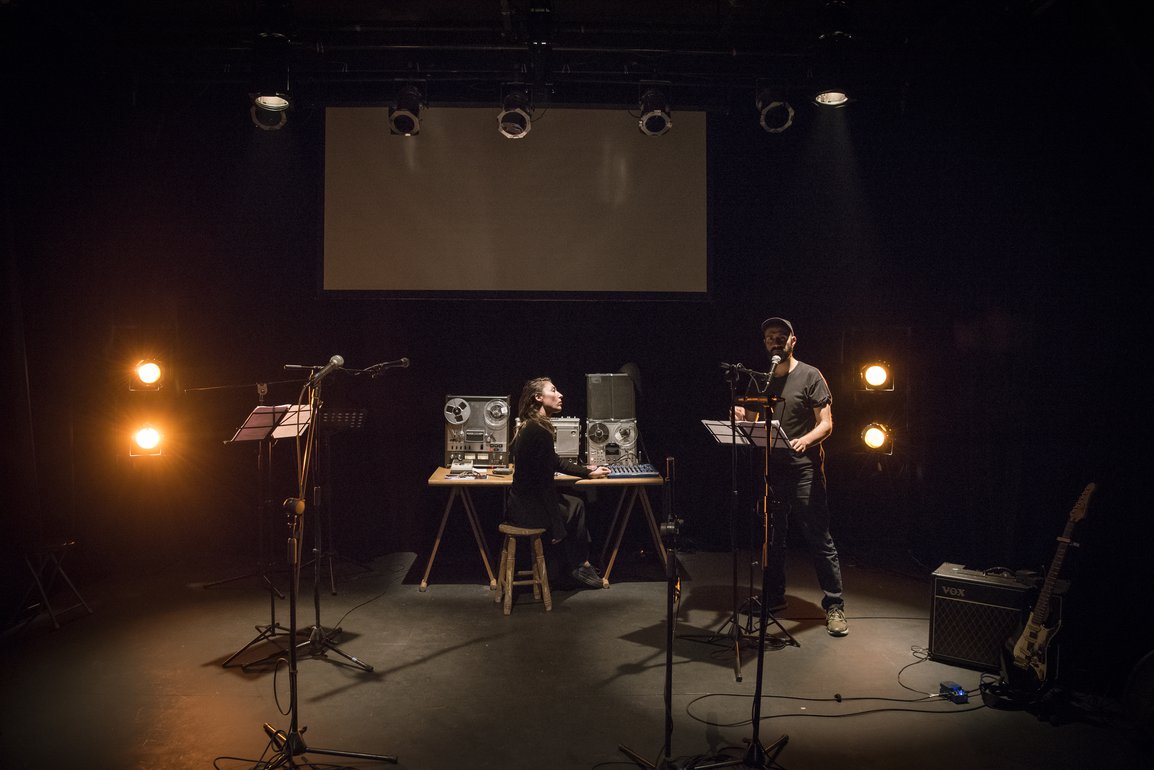 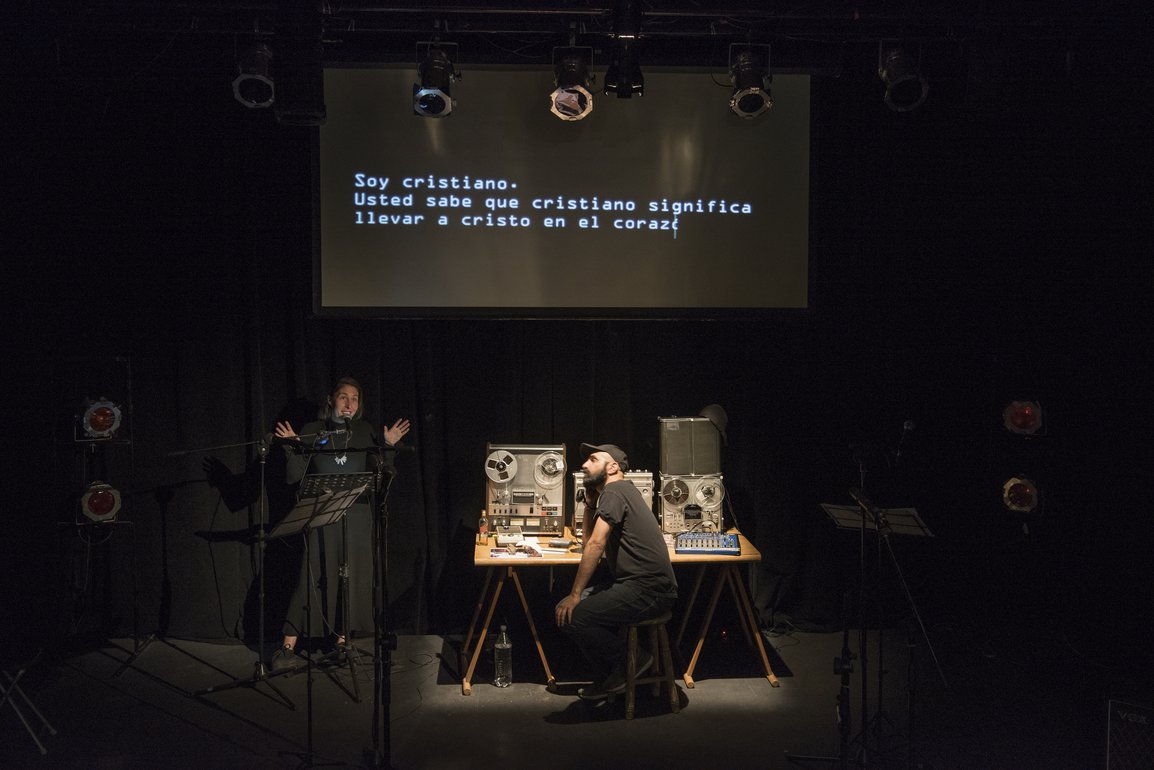 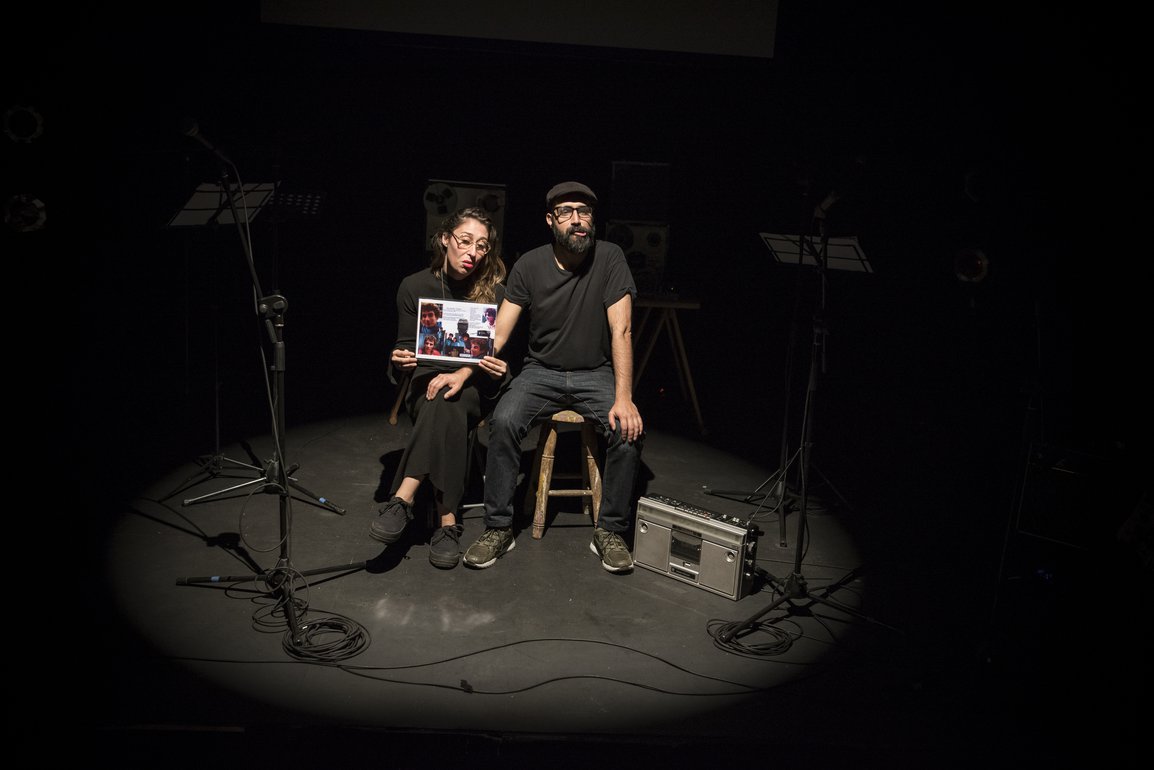 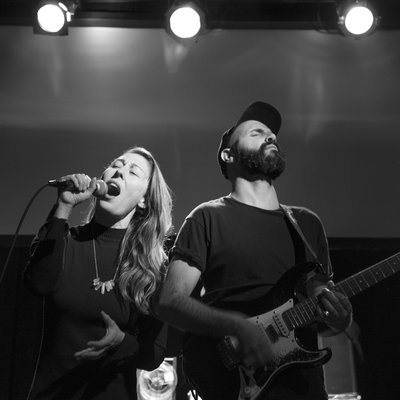